The Value Of Vegetation To Pollution Control 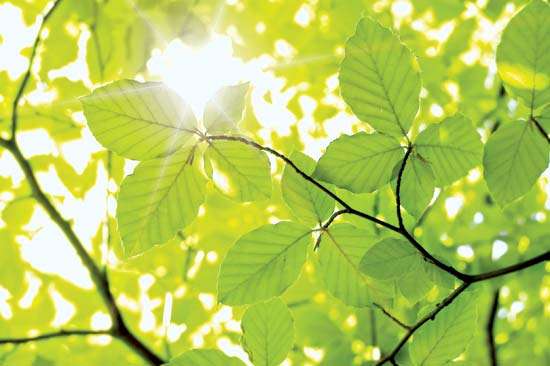 Two major reports have revealed that natural vegetation can play a part in controlling air pollution, although they emphasise it is important that this control is considered alongside other pollution reduction measures.

The studies were conducted by the Centre for Ecology and Hydrology (CEH), a research organisation focusing on land and freshwater ecosystems, and the Air Quality Expert Group (AQEG) which advises the government on current research and thinking around air quality.

Both sought to assess the impact of woodland, plants, grasslands and other vegetation at removing pollutants from the air.

The CEH report – UK Air Pollution Removal: How Much Pollution Does Vegetation Remove in Your Area? (https://bit.ly/2Lx3ydL) – was published a year ago and was funded by the Office of National Statistics. It concluded the health benefits of plants are substantial, estimating they helped avoid health costs of £1 billion in 2015, mostly from removal of PM2.5 (particulate matter up to 2.5 microns in diameter).

However, the AQEG report – Impacts of Vegetation on Urban Air Pollution (https://bit.ly/2NYqOyb) – published this year determined that the reduction in concentration by planting schemes using trees was small (in the range 2 to 10% for primary PM10); PM10 is particulate matter up to 10 microns in diameter.

So, although it clearly has benefits, there appears to be a question mark over the value of vegetation in pollution control. What can’t be argued with, however, is that vegetation produces prodigious amounts of pollen and this can result in poor outdoor air quality. Indeed, the ONS acknowledges that vegetation will not solve the whole issue of air quality in the UK and, in some cases, vegetation can have adverse effects on air quality.

It’s ironic that vegetation itself can be a source of pollution. But the good news is that there is a way to mitigate the effects of pollen and other detritus on HVAC equipment such as air handling units and intake louvres, chillers, air coolers, condensers and cooling towers.

Studies have shown that ECEX Air Intake Screens can reduce maintenance by up to 75% and bring significant energy savings.